There have been times where selecting the Diesel Progress Newsmaker of the Year – awarded annually to the person, product, company, trend, technology or news event deemed by the Diesel Progress editorial board to have generated the most news over the previous 12 months – has been a challenge. Either because there were so many worthy candidates it was hard to choose just one, or very rarely, because nothing really stood out.

In the average year, no matter how clear-cut the choice might seem, someone somewhere typically tells us “what you really should have picked was….”

But not this year.

In perhaps the most obvious selection in its 24-year history, the Newsmaker of the Year for 2020 is COVID-19.

It’s hard to imagine it being anything else, as from nearly the very beginning of the year to the end – and even into 2021 – the novel Coronavirus has had a significant impact on the engine, equipment and commercial vehicle industries. In the weeks prior to March’s ConExpo-Con/Agg and IFPE, as the virus began to take hold around the world, a number of companies such as ZF, Dana, Parker Hannifin and Bosch Rexroth, withdrew from the event. Others, including Cummins, Caterpillar and Volvo Construction equipment, went ahead with the show, but cut back on staffing or using local personnel in their booths.

While ConExpo and IFPE, the biggest industry gathering in the Western Hemisphere, had 130,000  registrations, a good chunk of those registrants, hampered by travel restrictions brought on by the growing pandemic, never made it to Las Vegas and the show ended up closing a day early, appropriately enough, on a Friday the 13th.

The bad luck continued for the industry in the ensuing months. One by one, as the pandemic continued to rage in the U.S. and abroad, trade shows, conferences and meetings were cancelled, postponed or turned into virtual, online events. And the effects are continuing, as already a number of 2021 events – World of Concrete, the Rental Show, etc. – have been moved to later in the year or even to 2022.

COVID-19’s effect on trade shows was bad enough, but even worse, the malady led to company shutdowns all over the world as national and local governments and health agencies struggled to contain the virus, mostly unsuccessfully. Though most companies in the engine and equipment industries were deemed “essential businesses,” not much was sold in the second quarter, leading to some of the worst financial results since the Great Depression if the 1930s.

Sales for many companies fell 20%, 30% and even 40%, while as shut-down orders in many regions kept people at home, dramatically impacting the entertainment (restaurants, bars) and hospitality industries.

If there is one thing that demonstrated how significant the effect COVID-19 was, it might have been the European Parliament’s midsummer decision to extend, by 12 months, the Stage 5 transition deadlines for certain categories of non-road diesel engines. Can anyone remember a time when a major emissions rule in the developed world was set aside?

And the pandemic isn’t done yet. Infection rates continue to climb globally – it seems no nation or region has really found a way to slow COVID-19 down – and parts of Europe have begun shutting down again. In the U.S., the virus has continued to grow even as states try a variety of strategies to contain the outbreak and businesses have looked for ways to adapt, mostly by having employees work remotely rather than in offices. One senior executive at a major engine and equipment manufacturer suggested that fully a third of its employees would never come back to an office setting, but would instead work from home permanently. That company is almost certainly not alone.

Yet while the virus continues, there have been some signs of recovery. Sales of heavy-duty trucks have risen steadily since early summer, and most recently ACT Research, the gold standard of trucking industry analysts, noted that Class 8 sales in October were up 78% from the same time a year ago, while October’s Class 5 through Class 7 sales were the highest in 26 months.

And during the latest NFPA Economic Update webinar, Catherine Putney of ITR Economics provided a good news/bad news view, the good being that business should be steadily improving over the next two years, the bad being that it’s unlikely to reach 2019 levels until 2023.

And all because of a tiny virus.

Yet while COVID-19 dominated the news cycle all year, there were also some other stories of interest, some of which involved former Newsmakers of the Year.

The direction was different for another former Newsmaker, Briggs & Stratton. In the spring, the 110-year-old engine and equipment manufacturer announced a strategic repositioning through which it planned to divest itself of several of the equipment brands it had acquired over the previous decade. Then in mid-summer, the company filed for Chapter 11 bankruptcy and was ultimately sold to an affiliate of KPS Partners, a private equity company. That acquisition, valued at approximately $550 million, also saw a new president and CEO come on board at Briggs, as Steve Andrews succeeded longtime CEO Todd Teske.

Late in the year, another former Newsmaker, Navistar, which was recognized in 2012 and in 2005 as International Truck and Engine, also ended its on-again-off-again romance with Traton, the former Volkswagen Truck & Bus, by agreeing to Traton’s acquisition of the shares it didn’t already own for approximately $3.7 billion.

The other noteworthy major acquisition of 2020 occurred early in the year, when in late January, Danfoss agreed to by the mobile hydraulics business of Eaton Corp. for approximately $3.3 billion.

That’s a pretty big deal. But in 2020, not nearly as big as that little virus. 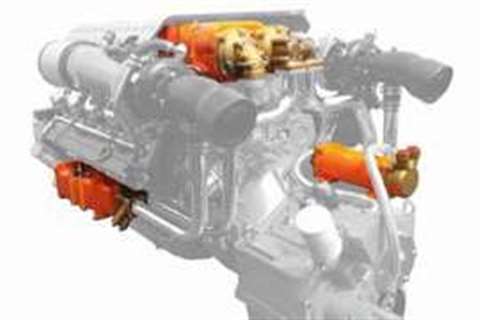