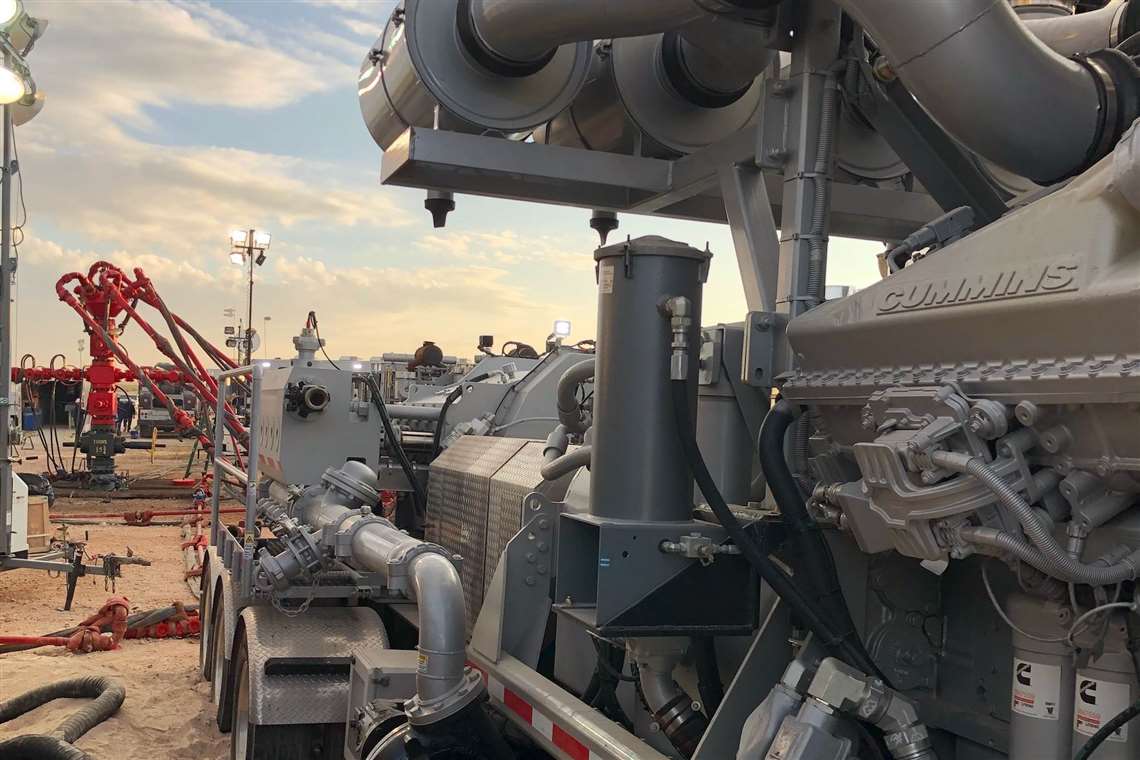 Ten million is a lot of anything. Jamming 10 million hours into the space of five years – chronologically just short of 44,000 hours — is an accomplishment in itself.

“That’s cumulative across that engine range,” said Gary Johansen, executive director - Power Systems Engineering at Cummins. “We just recently eclipsed that with the Tier 4 product. “Some are in low-hour applications and some are in very high-hour applications. We think however you look at it, it’s a lot of hours.” 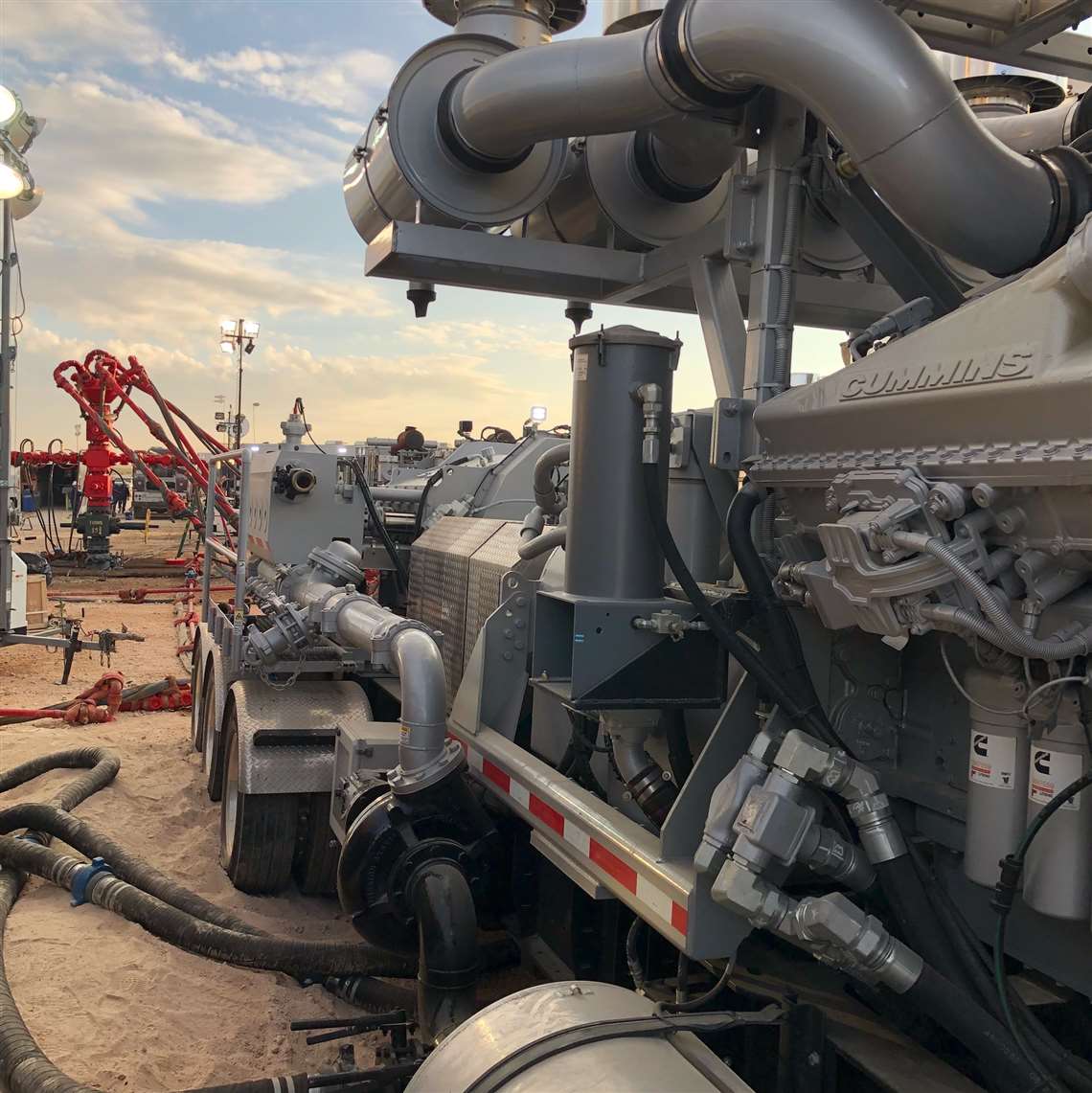 Cummins recently exceeded 10 million operating hours for its Tier 4 final high horsepower diesel engines. One of the earliest and highest-hour applications for the company was the QSK50 engine in hydraulic fracturing rigs.

It’s a lot of hours in a lot of different types of machines and equipment. The Cummins high horsepower product line begins at 19 L displacement and ranges to 95 L with the QSK95 launched in 2011 (see related chart). The engines are used in a diverse array of machines and equipment, everything from generator sets to locomotives, large mine haul trucks and marine vessels.

“It was 2015 when we really got started,” said Johansen. “We had some engines in field test before that, but frankly the hours rack up a lot faster when you get more units in the field.”

One of the first Tier 4 Final high horsepower applications was the Tier 4 QSK50 engine for frac rigs. “The frac rig engines probably have the most hours.” Johansen said. “They run them long and hard and there’s a pretty good-sized installed base that’s clocking a lot of hours.”

In developing its Tier 4 final engines, Johansen said that Cummins tried to take a fresh look how they could improve and enhance the various subsystems used to make up the modern diesel engine. One advantage that the company has is the fact that Cummins is among the most vertically integrated engine manufacturers in the world, with in-house expertise in critical areas like turbocharging, fuel injection, engine controls, filtration and aftertreatment.

“In many cases, we didn’t just optimize the combustion system or optimize the aftertreatment to meet emissions,” he said. “We actually went deeper into the engine and asked ourselves, where can we continue our relentless push on improving the diesel engine? What can we do to improve cylinder heads, improve power cylinders, improve bearings, improve geartrains and any other systems.

“We went through each of those systems and said these are all places where we want to continue to push to improve the reliability of our solutions. And we’re really pleased with how they’re looking right now. Some of them have been out there five years, some of them less than a year, and we’re seeing really good results.”

As with all engine developments, key design targets included reliability, durability and fuel economy and critically, making sure the Tier 4 final package could work in the same machine spaces as the earlier engines. “One of the things we wanted to make sure we did as we went to Tier 4 was minimize the machine integration impact for OEM customers,” Johansen said. “It was very important to essentially make it so that, for example, the aftertreatment could fit wherever the muffler was before. We didn’t want to take up a bigger space claim.”

As it has in many situations, Cummins leveraged the in-house capabilities of its components group, specifically Cummins Emission Solutions, to find an answer. It came in the form of the company’s Single Module Aftertreatment system, a next-generation technology that combines advanced DPF and SCR catalyst technologies with the liquid-only urea dosing system (UL2) to deliver an aftertreatment module that is up to 60% smaller and 40% lighter than previous systems.

“Our Single Module aftertreatment system is just another evolutionary approach to continually improving the packaging, the simplicity, the conversion efficiency and the system level reliability,” Johansen said. “Those are the kinds of things we’re continuing to push on.

“We have a mix of external suppliers for example in fuel systems, for but we have our own our air handling, electronics and controls. Those are some of the things that we feel you have to do yourself if you’re going to have the best in class. If you look at turbomachinery and how we’re able to match the compressors and the turbine stages, how we’re able to integrate how the engine behaves with what the exhaust aftertreatment needs.

“If you think about what comes out of the cylinders of an engine, that’s the feed gas for your exhaust aftertreatment system. So you need to be able to not only just have high conversion in the exhaust after treatment, but you need to be able to optimize what’s coming out of the engine so that you can minimize your fluid consumption. You can maximize the life of the aftertreatment, you can improve fuel economy, and a lot of that capability is within Cummins.

Rail has been an important segment for Cummins Tier 4 high horsepower diesels. A QSK95 diesel was used in a test program by the Indiana Rail Road to power an engine used to haul coal and intermodal freight and Amtrak is using the engine in new Siemens Charger locomotives.

“We have some important outside suppliers, but I would not want to go into battle without some of our own integrated technologies. They are very, very important and I would argue they are game changers for us.”

Yet Johansen stressed that when engineering the Tier 4 engines, Cummins looked well beyond emissions compliance. “One of the things we did in optimizing the Tier 4 solution was think a lot about the responsiveness of the engine,” he said. “The ability to pick up the load in a frac rig, to accelerate in a rail application or to climb out of the pit in a mine – we really looked at all of that.”

The company has expanded in the rail market, where the QSK95 was selected by Siemens Mobility to power its high-speed diesel-electric Charger locomotive with 85 units currently in revenue service. In 2018, Amtrak announced it had selected the Siemens Charger powered by the QSK95, to replace its aging fleet of locomotives. Engine deliveries started last year, along with engines for VIA Rail Canada.

“That’s a really important application for us,” Johansen said. “If you look inside the locomotive, you can see there is a lot to manage in terms of the thermal loads inside the engine compartment and the electrical integration to the drive system. Working very closely with Siemens, we were able to accomplish a lot of great integration work there.

“One of the things we’ve heard back from both the locomotive engineers as well as passengers is the really low vibration and low noise of the QSK95. It’s been very noticeable and it’s something they really like.”

Cummins continues to invest in Tier 4 solutions and is currently developing the QST30 for switcher locomotives. Mining is another important high horsepower application for Cummins.

“These trucks can spend 45 minutes climbing out of a pit with 400 tons of ore in the back at a 15,000 ft. altitude in extremely dusty applications where it’s -40º C in the winter and plus 40º C in the summer. And they just keep running.

“We launched our 78L Tier 4 engine for mining and the feedback from the haul truck drivers has been phenomenal. Low noise, low vibration, excellent transient performance, the drivers have been fighting over which of them gets to step into that truck because of the way it performs.”

Cummins has also continued to expand its Tier 4 high horsepower marine business, particularly with the QSK95. Most notably, the engine is being used by Seacor Marine in some of its newest fast supply vessels. Built by Spanish shipbuilder Astilleros Armon, the Secor Puma and Secor Panther are 187.8 ft. catamarans, each powered by four 4000 hp QSK95 diesels that drive Hamilton HT-810 water jets through Twin Disc MGX-62500SC-H marine transmissions.

“It has is two QSK95s in each hull,” Johansen said. “It’s really a high-performing vessel and it’s a sight to behold. We’ve also delivered some engines for some passenger ferries around the world, so we have a good bit of variation in the marine market.

“Marine is just a different market compared to what might be a more typical OEM market, like a mining truck OEM or a locomotive OEM. In marine, there is just not that monolithic OEM base. But we are fortunate that especially through our distribution business, we’ve been able to establish some great relationships with some of the leading vessel designers and naval architects who are looking for high performance, high speed diesels. If you look at the power density we’re delivering for the weight and for the package size, the QSK95 is really well suited for marine and we’re getting more first fit opportunities there.”

The very first application for the QSK95 was in power generation and that continues to be a prime market. “We have standby generators with the QSK95 in data centers, hospitals and banks all over the world,” Johansen said. “We also have prime power gen-sets that never turn off. They’re the only source of power and they’re running 9,000 hours a year. We have applications running in the Arctic Circle where they are the only source of electrical power at the site. If the gen-sets go down, that’s it. We are supporting life, health and safety.”

“You can’t be in the equation unless you’re at 98.5%, 99%,” he said. “If you talk to a data center customer, they talk about ‘five nines’ availability. It’s all based on the application, but that’s where you have to be or the customer is not going to be happy.

Finally, along with improved performance and high reliability, Johansen said the engines have demonstrated a noticeable improvement perhaps the most important aspect in any engine application, fuel economy.

“We’ve learned that our solution is saving our customers a lot of fuel and saving a lot of money,” Johansen said. “That was really an important element of us delivering our Tier 4 final solution. We had to deliver value to the customer, alongside meeting the challenge of the 80% particulate reduction and a 45% NOx reduction that the regulations called for.”

Overall, Johansen said that the engines are delivering about a 5% fuel economy improvement over their predecessors, depending on the application.

“When we started, we estimated we’d be at parity, or would be 1 or 2% better,” he said. “In some cases, we thought that could be a lot higher – up to 10%. Because there are so many variants and variant factors and so may qualifiers concerning the duty cycle, the use case, the load profiles, all of those things, we were nervous about just saying one number because if you do, you know it’s going to be remembered forever. And if you know us at Cummins, we try to underpromise and overdeliver.

“Our Tier 4 four engines are averaging dependent on the duty cycle - about 5%, more fuel efficiency than their Tier 2 predecessors. We’ve learned that over a wide range of applications and duty cycles, we’re seeing a pretty solid fuel economy advantage. We’ve done quite a bit of calculation and as near as we can tell, we’ve saved customers about $30 million in fuel going from Tier 2 to Tier 4.

“You have to bring those kinds value offsets when you when you’re bringing a more expensive solution to the market, which of course, we did with Tier 4. But in most cases, our high horsepower customers have been very satisfied.” 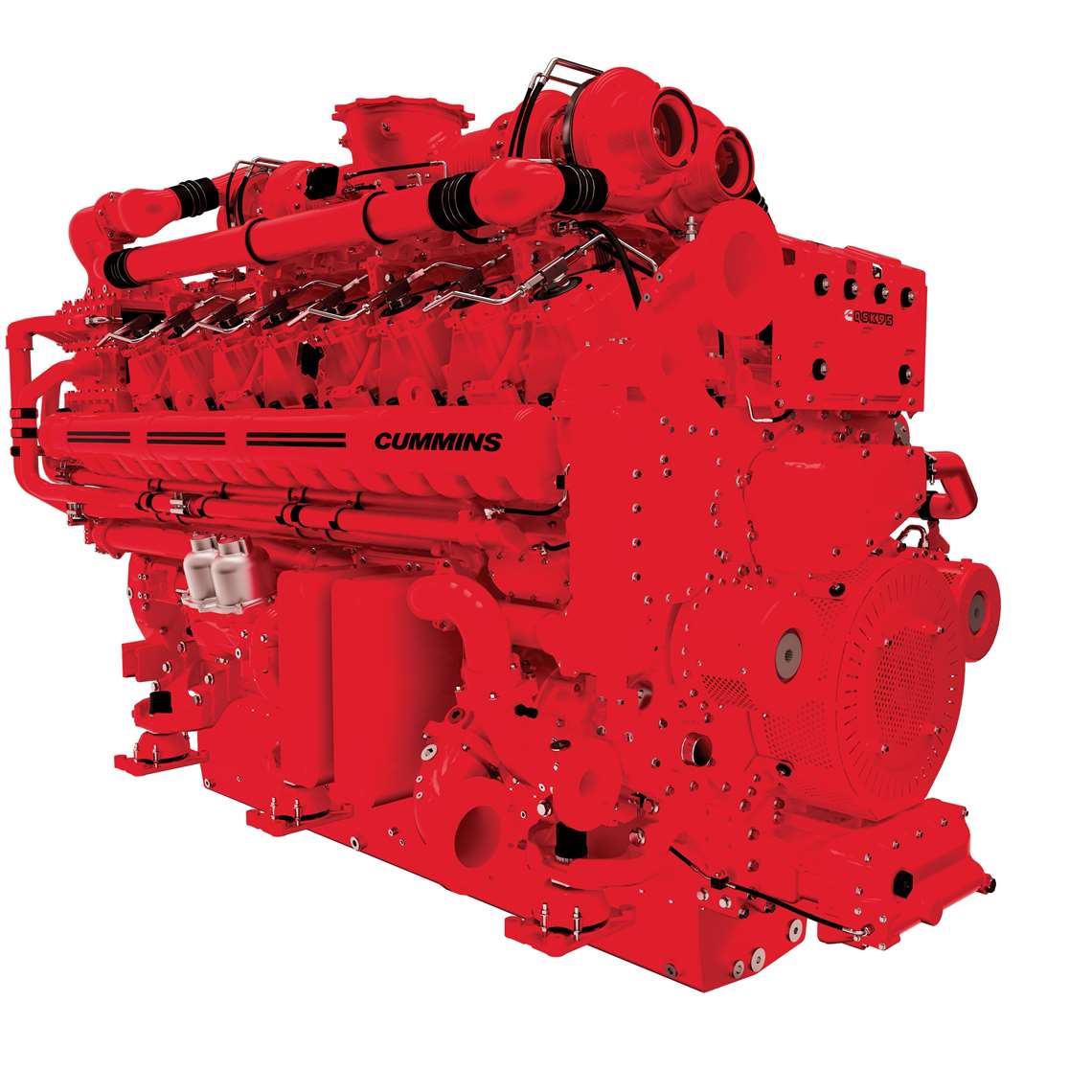