“The more jabs, the better” 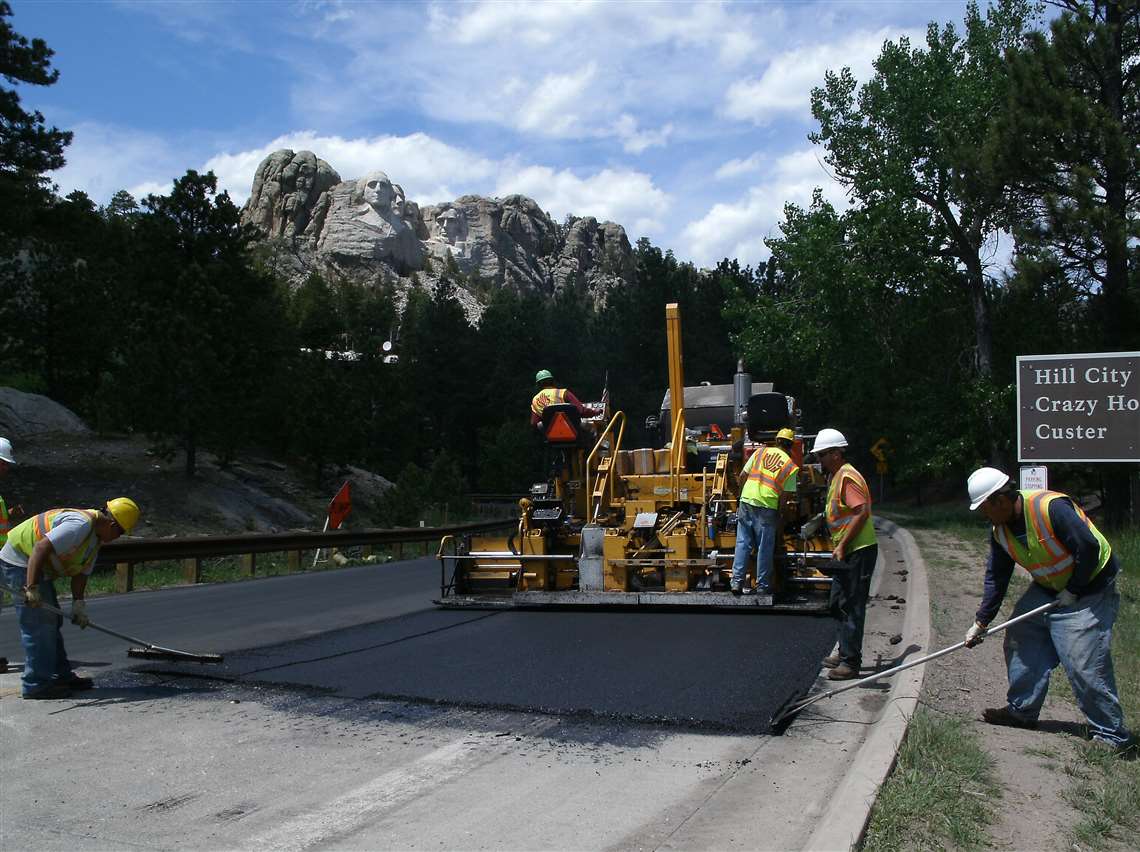 Improvements in infrastructure such as highways and bridges should be an early focus for the incoming administration and Congress, according to AEM.

AEM’s State of the Industry briefing covers COVID, the economy and the hopes for a serious infrastructure program.

The Association of Equipment Manufacturers (AEM), the trade association for construction and agricultural equipment manufacturers, recently held one of its occasional “State of the Industry,” briefings intended to provide an update on timely issues of interest to the off-highway industry.

AEM President Dennis Slater led a discussion examining the effects of the 2020 presidential and congressional elections, the ongoing effects of the COVID-19 pandemic on the industry and the prospects for the rest of 2021. Joining Slater was Steve Berglund, AEM Chair and executive chairman of Trimble Inc., and Robert Crain, AEM vice chair and senior vice president and general manager, North America for AGCO Corp.

Here is a selection of highlights from the discussion.

ON THE STATE OF THE ECONOMY

Crain: With the new year upon us, we’ve seen the release of several positive reports that show an economy and also an industry that’s improving and strengthening after the economic challenges posed by the pandemic. 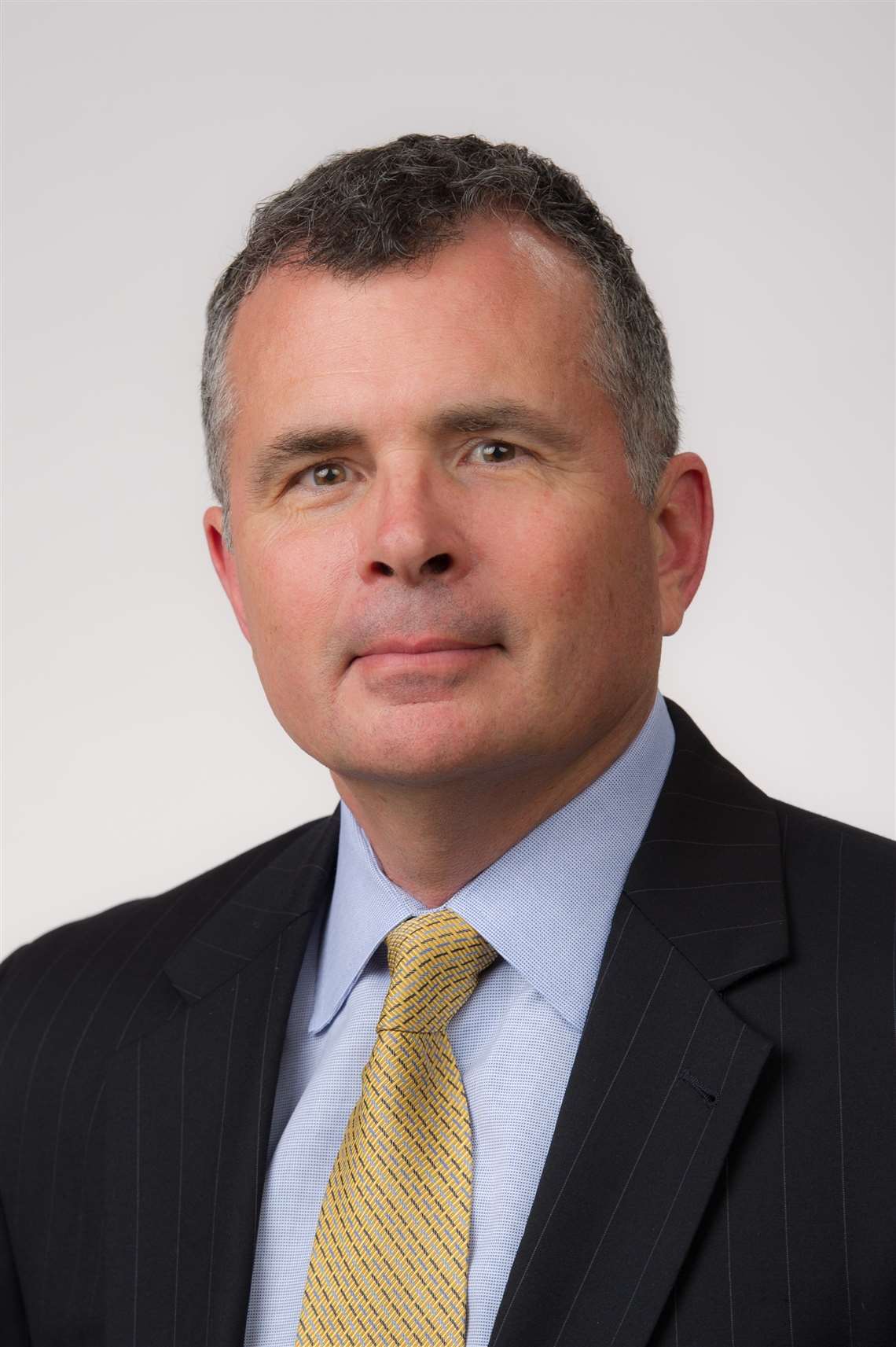 “The pandemic has put digital technology, at least for the ag business, on steroids.” - Robert Crain, AEM vice chair

AEM’s latest ag equipment report and their stats report showed some solid gains for both tractors and combines and other large professional producer equipment in the U.S. Also an important gauge in terms of farmers’ feelings about things is Purdue’s ag economy barometer. It was released just recently and positively, it shows growing optimism among our nation’s farmers, who are at their highest level of sentiment for making significant large investments since 2015. Also, the Institute of Supply Management’s U.S. manufacturing gauge indicates that us manufacturing expanded last month at the fastest pace in more than two years.

All of these trends, as well as a national farming fleet as old as we’ve ever seen it, suggests a positive manufacturing performance, certainly for ag, in the coming months.

Slater: I do think our industry, both construction and agriculture, has done very well. It has responded to the crisis – we’ve stayed working, and we’ve produced our products. As the agriculture numbers for the year showed us, sales of tractors and combines were actually better in 2020 than they were in 2019.

As we see it, a lot depends on the vaccine rollout in terms of getting back to business. I think the rollout is going to take longer than we anticipated. Everybody thought you turn to a new year and all sudden, by magic, we’re going to go forward. That’s not the case.

I think it’ll be a slow recovery as a vaccine does take hold. We feel that by each quarter, things will improve. But I don’t see the economy itself really getting back to business until the middle of the year, as far as getting to where we need to be.

Berglund: I think the middle of the year sounds right.

I think a big factor will be just the acceptance and willingness of people to be vaccinated. I think there is mixed data on that and it’s something of a slippery issue in terms of just what the posture of companies should be.

On the one hand, companies want to promote the safety of their employees and assure them they’re coming back into a safe working environment, which would imply as many of them as possible being vaccinated. At the same time, there seems to be a fair number of people that have attitudes of one sort or another about vaccines and may resist being vaccinated.

There’s a reluctance to be too assertive in terms of requiring the vaccine. It’s too soon to tell, but I think it’s going to be a bit of a challenge figuring out what that balance should look like. I think there is a need for people with high visibility to provide some leadership on the issue of being vaccinated. There needs to be some education and possibly some ‘selling’ done on the vaccination because I think that’s the potential assumption that could turn out to be wrong in terms of quickly returning to work.

I think the more jabs, the better.

ON THE LONG-TERM EFFECTS COVID-19 MIGHT HAVE ON COMPANIES

The digital communications, taking care of their parts needs, their service needs, has changed 100%. The pandemic has put digital technology, at least for the ag business, on steroids. And it’s a steep learning curve for our dealers, our distribution network, and also our member manufacturers, but we’re taking that step and making significant progress. 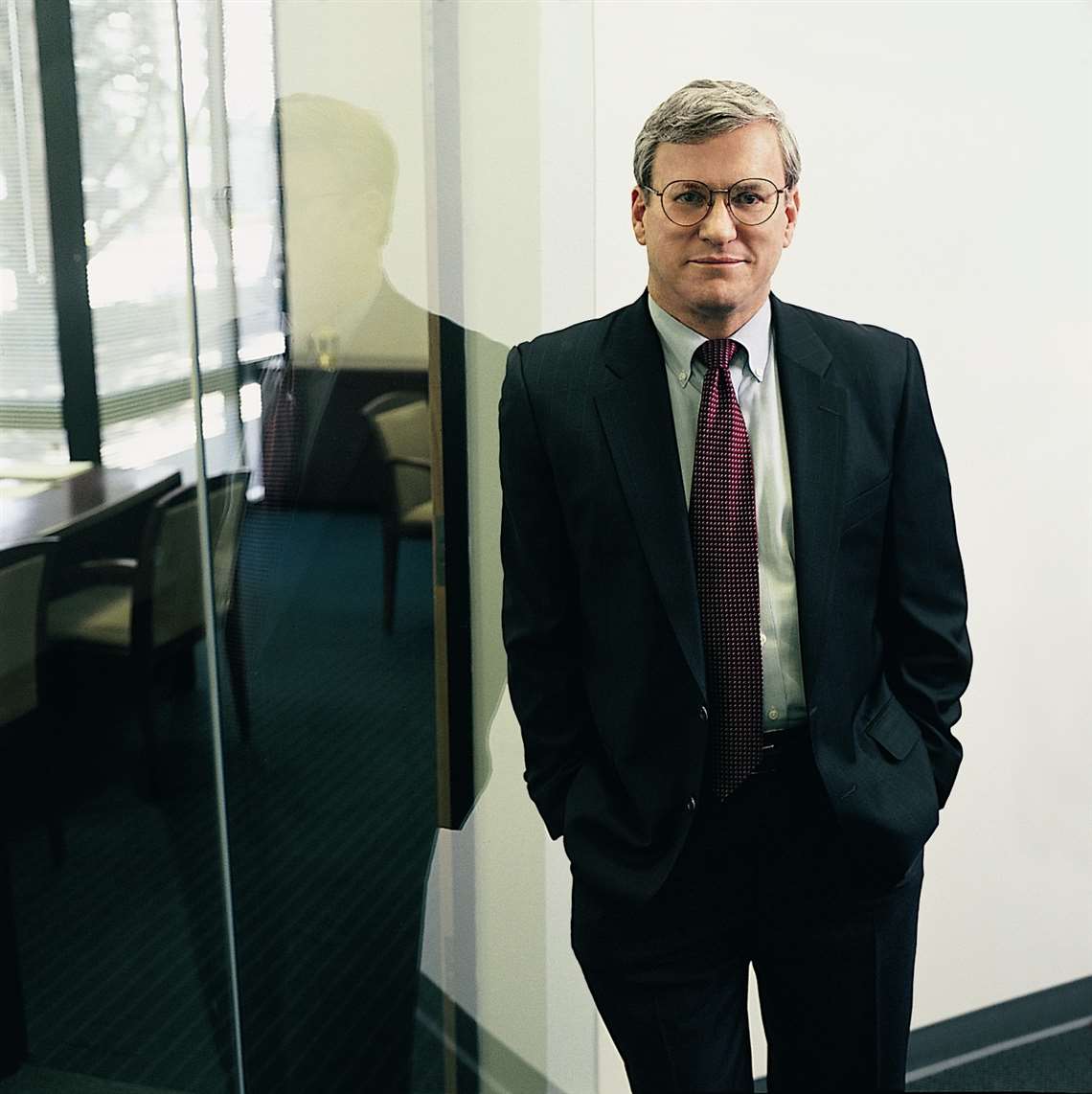 “I think a big factor will be just the acceptance and willingness of people to be vaccinated.” - Steve Berglund, AEM chair

Berglund: In talking to other CEOs and people in the industry, I think some of the learning points in a sense reverse the thinking of the last 40 years, which has always been to put a heavy emphasis on just-in-time inventory provisions … just squeezing the inventory out of the whole supply chain.

But the logical outcome, in many cases, is a single source of supply. The experience of the last 10 months has put into question some of the guiding principles of manufacturing going back into the ‘80s of just-in-time. Yes, it squeezes costs out, but in the event of something like the pandemic, it makes the ability to deliver a more difficult proposition.

I think that perhaps one of the outcomes going forward will be a more balanced approach to inventory management and reconsideration of single source supply, which makes the whole chain fragile.

Slater: I do feel a little more confident in the fact that we’re at a certain critical point with infrastructure, that it’s rising to the early discussion.

There’s a recognition that not only is there a huge need to finally deal with this issue, but we also face an economic crisis that could use a jumpstart. So we feel that infrastructure will be high on the agenda. It is one that has some bipartisan roots. And we do know that the Biden administration has placed an emphasis and a priority on getting this done.

Berglund: The 2021 definition of infrastructure is significantly extended from what it was in the mid-20th century, when much of the country’s current physical infrastructure was built. Design decisions made then are straining under existing demands and will do even less well with newer emerging needs. 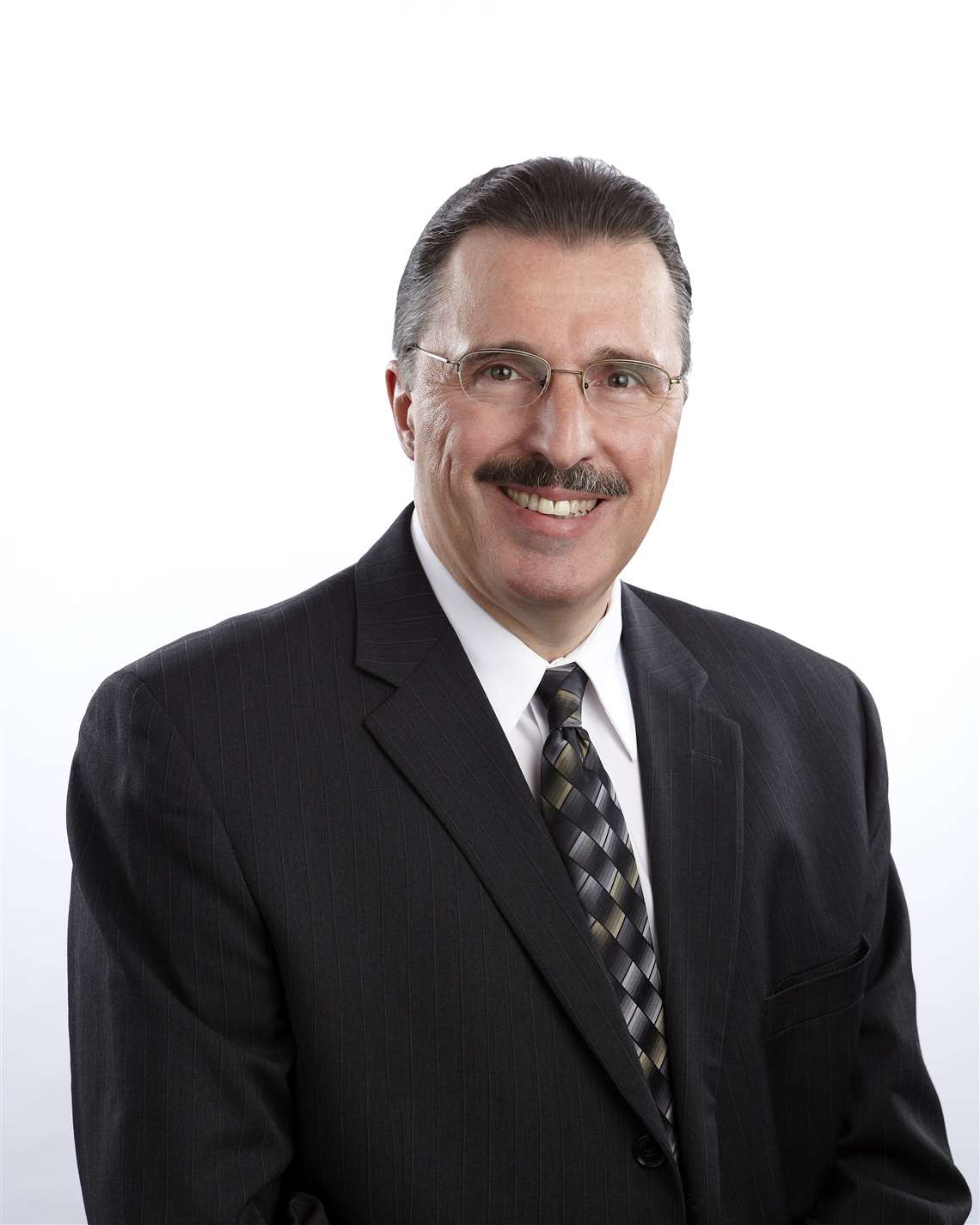 “I do feel a little more confident in the fact that we’re at a certain critical point with infrastructure, that it’s rising to the early discussion.” - Dennis Slater, AEM president

Imagination will be important in developing a program that incorporates concepts such as autonomous vehicles or drones, digital construction, a connected but decentralized workforce, robust, watershed management and ubiquitous high-reliability broadband connectivity.

ON WHAT EFFECT THE TURMOIL AT THE U.S. CAPITOL WILL HAVE ON AEM’S POLITICAL ACTIVITY

Slater: The chaos and destruction that unfolded in the nation’s capital was a result of unlawful efforts to overturn legitimate results of democratic election. The threats and aggression directed at lawmakers and capitol police and reporters was unacceptable. It must be strongly condemned. The fact that Congress did ultimately complete their important work and certify the election is really a testament, I think, to the strength of our democracy.

AEM has suspended contributions to any member of Congress who voted to object to the election results, and we intend to discuss our concerns directly with those members that we have previously supported. And then we’ll evaluate the responses and we’ll look at future PAC contributions after that. 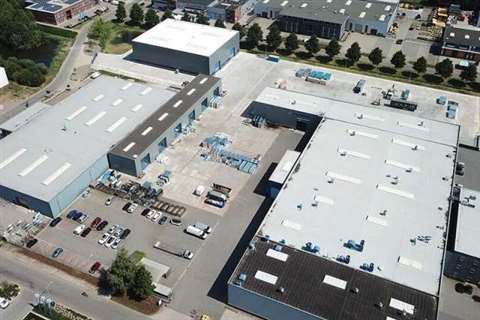