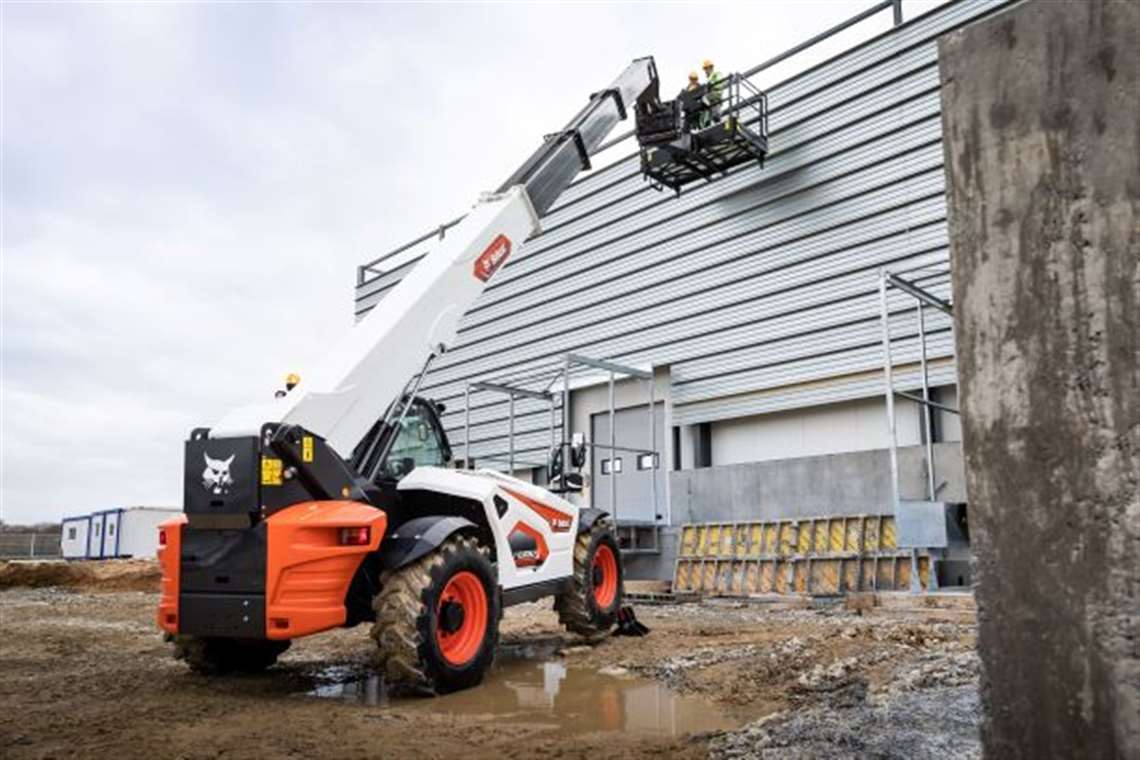 The new machines are powered by Bobcat D34 and D24 Stage 5 high torque diesel engines, designed specifically for Bobcat compact equipment. Both of the new Stage 5 engines are based on well proven designs installed in thousands of Bobcat machines worldwide, the company said.

According to the company, the D34 Stage 5 75 HP (56 kW) engine in the new telehandlers, pictured, provides an average 7% lower fuel consumption and offers a 14% higher torque than the previous Stage 4 engine with more power at lower r/min and faster recovery.

In the telehandlers the new D34 Stage 5 engine allows customers to operate them in emission-regulated zones, due to the new Diesel Particulate Filter (DPF) after-treatment system, said Bobcat. In addition, the engine does not use Selective Catalytic Reduction and thus there is no need for AdBlue, it added.

A key aspect of the D34 Stage 5 engine is the new autonomous after-treatment system – DPF regeneration is performed automatically, with no impact on performance, said Bobcat.  There is a choice of 11 different Bobcat telehandler models with the 75 HP (56 kW) Stage 5 engine.