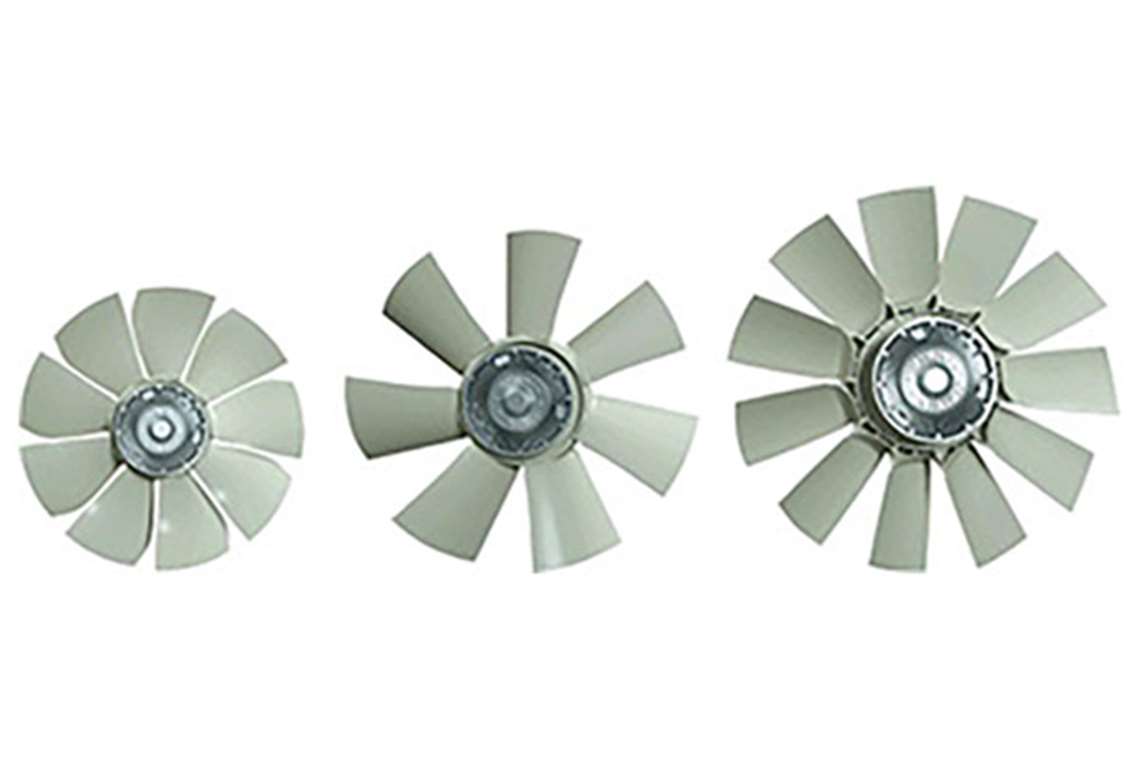 Multi-Wing has expanded its line of O-PMAX one-piece molded fans, which target equipment with compact engine compartments, such as skid-steer loaders, construction equipment, mobile compressors and loaders. The new fans are being unveiled by Multi-Wing at ConExpo.

O-PMAX fans are affordable and ideal for high-volume production applications, the company said. Once requirements have been determined using Multi-Wing’s product development tools, an exact scale model is created and tested in an in-house wind tunnel to ensure that the fan meets specifications.

Blades are constructed of glass-reinforced polyamide (PAG) with an operating temperature range from -40° to 230°F (-40° to 110°C). The fans are compatible with bimetal or E-visco fan clutches.

Multi-Wing said that performance testing of the seven-blade O-PMAX3 fan at 1400 rpm shows a 5% increase in airflow and a 4% increase in pressure compared to a competitive fan.

Performance testing of the 11-blade O-PMAX4 fan compared to a competitive fan shows an increase in airflow up to 2.3%, Multi-Wing said, while achieving 4.2% higher pressure and 2 dB(A) lower noise emissions. The largest diameter O-PMAX4 can operate at speeds up to 2426 rpm and a cup-shaped mounting plate version is available to keep total width as minimal as possible.

Cummins Third Quarter Sales Fall 18%
Cummins Inc. reported that its sales for the third quarter of 2020 fell 18% from the same period of a year ago,
Loading...
Latest News