The Nikola Tre Lands in Europe 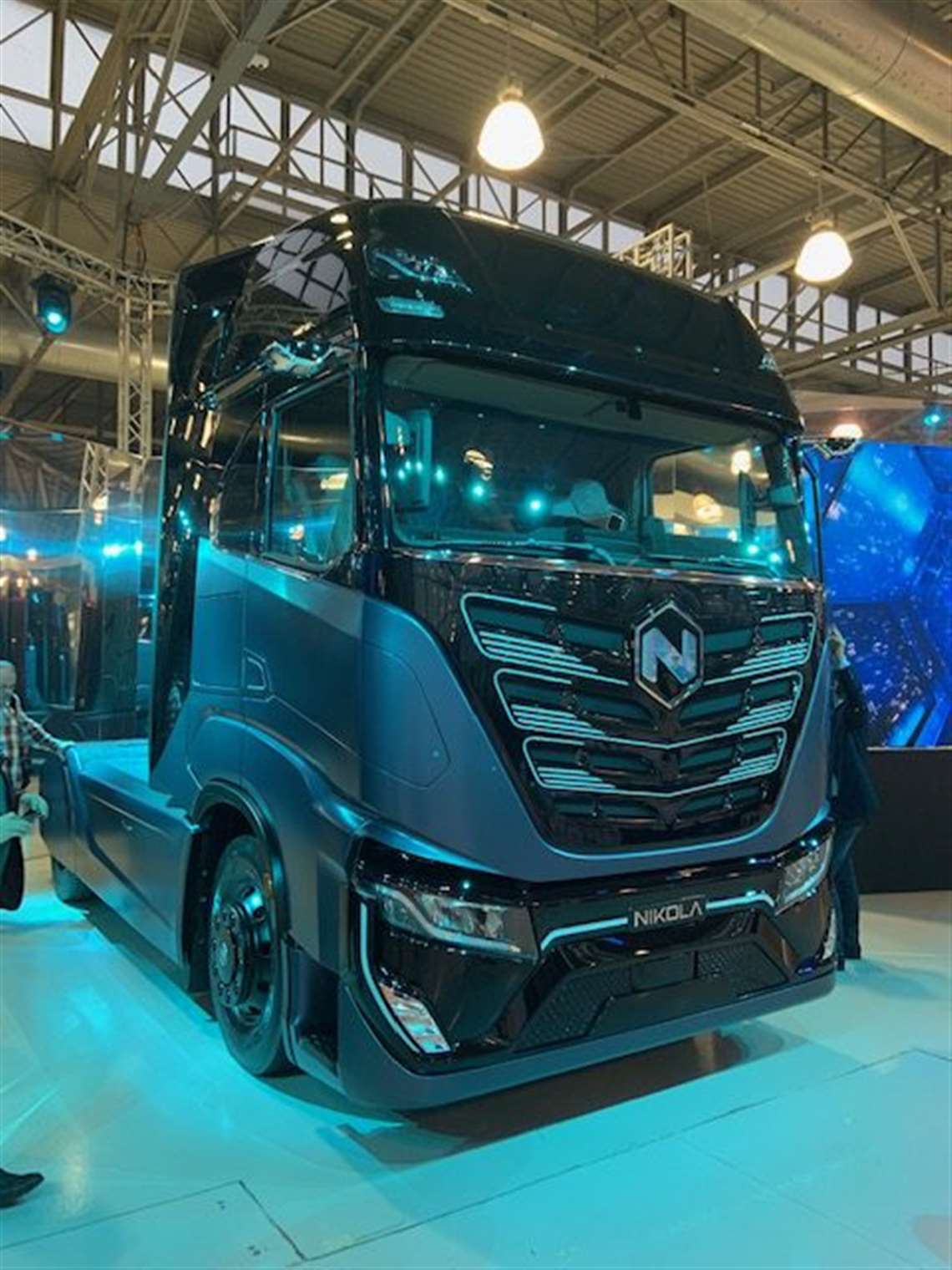 High-end innovation but with feet well planted on the ground, is what the specialized press heard at the Nikola/Iveco press event, that  launched the new Nikola Tre heavy-duty battery-electric (BEV) and fuel cell electric (FCEV) trucks in Europe.

In fact, Nikola Motor’s CEO, Trevor Milton, explained that the development of the truck and its market strategy goes hand in hand with the development of the necessary  infrastructure, with which Nikola is involved in the first place. Part of the company’s strategy is the construction of hydrogen fueling stations, with a plan for more than 700 across North America by 2028 and more than 70 in Europe by 2030.

But let’s start with the facts about the new Nikola Tre heavy-duty truck: a vehicle which has been developed within the framework of the agreement between Nikola and Iveco’s parent company CNH Industrial, signed last September. The structural elements in the truck are derived directly from the new generation S-Way truck by Iveco, launched officially in Europe only about three months ago.

The truck will be available in two variants: BEV and FCEV. The battery-electric version will feature a dual-motor gearbox integrated into a solid axle for a 480-Kw continuous power output and a maximum vehicle speed of 121 km/h (this configuration is the result of a cooperation between Nikola, FPT Industrial and Bosch). The battery stack will be composed on nine packs, each with 800V; an interesting characteristic of the battery management system is the capability to manage and balance all cells, so that if one cell underperforms, it can be isolated and swapped with another one, in a system that is fully redundant. The autonomy of this vehicle is expected to be 400 km (250 mi).

The fuel cell electric variant will add a fuel cell system with 300 kW output power and high-pressure carbon fiber tanks for the storage of up to 80 kg hydrogen fuel, which will ensure an autonomy range of up to 800 km (500 mi).

Tests on road for the Nikola Tre are expected to start in the second or third quarter 2020. The BEV vehicle should be ready for delivery to customers in 2021, with an official launch to the public to take place at the IAA Commercial Vehicle show in 2020. The FCEV truck will be available in 2023, along with the ramping up of the hydrogen refueling infrastructure. Mark Russel, president of Nikola Motors, commented that the actual production of the Nikola Tre will happen before that of the Nikola One and Two trucks, that have already been presented in the North American market.

Going back to the plan of Nikola to build its own hydrogen infrastructure, the idea is certainly innovative and has its merits. The company intends to build hydrogen fueling stations with the hydrogen produced onsite via electrolysis and then compressed to 700 bar for the storage. This approach intends to reduce lifecycle emissions, eliminate fuel distribution costs and be cost competitive with conventional fueling stations.

The standard station will be an 8-ton-per day hydrogen producing facility, expandable to 32 ton, which will need 3 to 4 ha of land and 17.8-MW power, plus 75 000 L of water per day. Heavy-duty trucks will be able to refuel in 15 minutes, on a par with the time needed for diesel.

The station will be versatile, with the possibility of onsite renewable power generation (wind or solar) and the inclusion of battery chargers for BEV vehicles.

Nikola expects to build more than 700 stations across North America, a process that has already started with a one-ton demo facility inaugurated this year at Nikola’s headquarters in Phoenix. It will be followed by a standard eight-ton facility again in the area of Phoenix.

In Europe plans are to build more than 70 stations by 2030. The roadmap will follow that already adopted on the continent for the development of an LNG infrastucture (Iveco is a leader brand in Europe for LNG-powered commercial vehicles). It consists of the identification of high-capacity transit corridors, already indicated by the European Community with nine so-called Trans-EU corridors. Phase one, from 2022, will concentrate on the corridors between Netherlands, Germany, Denmark, France and Italy – that will cover already about 42% of the European road freight. It will be followed by other two phases, incorporating first Scandinavia, UK, Spain and Hungary and finally Eastern Europe countries by 2030.

With the signing of the agreement with Nikola Motor last September, CNH Industrial took a $250 million stake in Nikola – comprised of $100 million in cash and $150 million in services, this insuring the US-based company scale and manufacturing capacity for its innovative technologies.