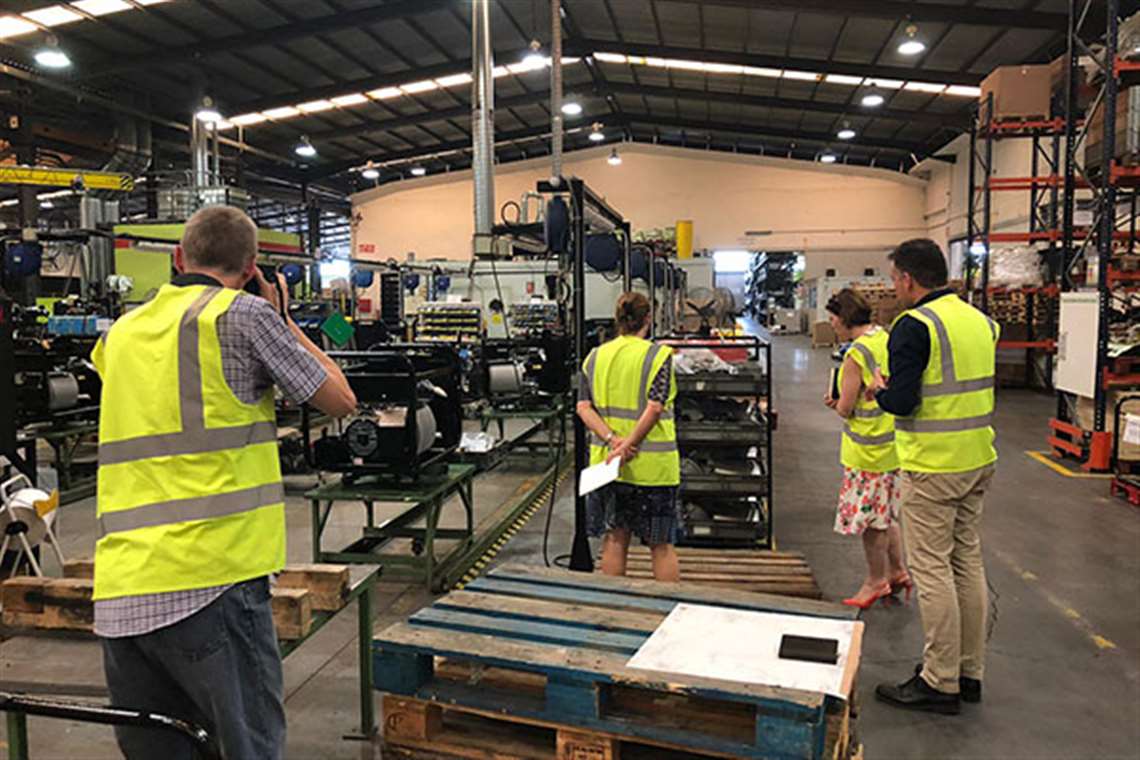 Diesel Progress International took part in a mission organized by Anmopyc, the Spanish Manufacturers Association of Construction and Mining Equipment, to visit some of its members.

We will soon publish a comprehensive report about this trip, the companies that have been visited and the general situation for construction and mining  in Spain. For now let’s just report that the markets in Spain have just recently started to recover after many years of profound crisis.

When the big economic crisis hit Spain around 2008, no one expected it would be so deep and so long: some of the companies we met reported that the market really started to recover only in 2016.

The companies that were able to survive this long, very difficult period are quite different from what they were before. One common trait, heard from almost all manufacturers, was the inverted ratio between domestic sales and export: companies that fared better were those that were able to expand their activities beyond local sales and turn export into the major source of revenue.

It was really impressive to hear how these enterprises reivented themselves and found new products or new approaches to the market, in order to prosper in a very competitive international arena.

The Anmopyc members we met are an heterogeneous group, ranging from power generation products (Atlas Copco, Himoinsa, Inmesol and Pramac), to hydraulics (Dicsa, Ferruz, and Roquet with Dinacil), to machinery manufacturers as Ausa, Enarco and Eurocrane, up to a number of other products as with Alquezar, Blumaq, Camac, and Sanz.

Diesel Progress International wishes to thank Anmopyc and its Managing Director Jorge Cuartero for this initiative, as well as all the association’s members we met.

Stay tuned for the Spain country report that will soon be published in the pages of Diesel Progress International.